Hiking in the Sierra Nevada Mountains

This past Saturday I had a 12-mile run planned.  But since T and were headed up to my parents’ place at Lake Tahoe, I thought it would be fun to leave earlier and go on a hike and nix the run.  This would be good prep for Tough Mudder.  I know we needed to do some hikes/runs at elevation since Tough Mudder is high.  It was even higher than our hike was (started at 7181 and peaked at 8991 feet).  My goal was to maintain at least 20-minute miles.  I knew going up was going to be hard and this was definitely going to be more of a hike than a run.

When we got up to the trail head at 11:40, the small parking area was pretty packed.  I’m sure lots of people head up first thing in the morning while it’s still cool, so we parked on the side of the road.  I grabbed my Camelbak filled with Nuun and snacks, swung my Nikon strap around my neck (thanks to all of you who insisted I take it!), and tucked my phone in the pocket on my running skirt.

We hiked from Spooner up to about the point of where the word “Lake” in Marlette Lake.

I started Runkeeper and tucked my phone back in my pocket and off we went.  Trying to keep a pretty good pace.  The trail was mixed.  There was sand, dirt, and rocks.  It was a good workout for my new trail shoes.  I’ll give you some picture tour.

This is looking in an eastern direction. You’re looking at Carson Valley. 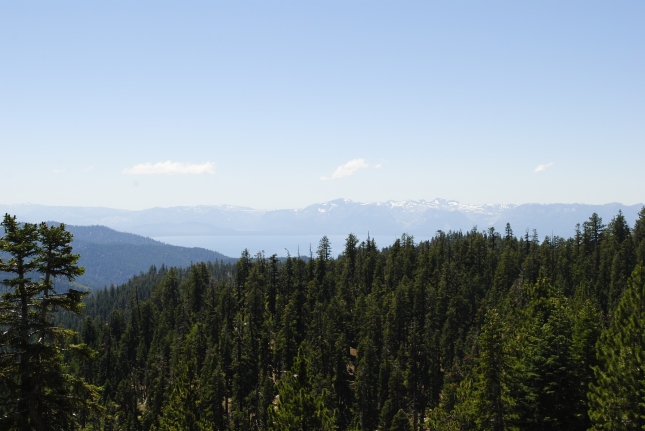 Here you can see the south end of Lake Tahoe.

I’m not a botanist, but these pretty purple flowers were everywhere.  Such a nice splash of color.

I was gloating on twitter with the pictures of the beauty around me.

I felt I had to prove that I was really the one taking the pictures. 🙂

This is my favorite picture of where we were.  The north shore of Lake Tahoe is on the left and Marlette Lake is in the foreground.  I never realized how close the lakes were to each at that one point. 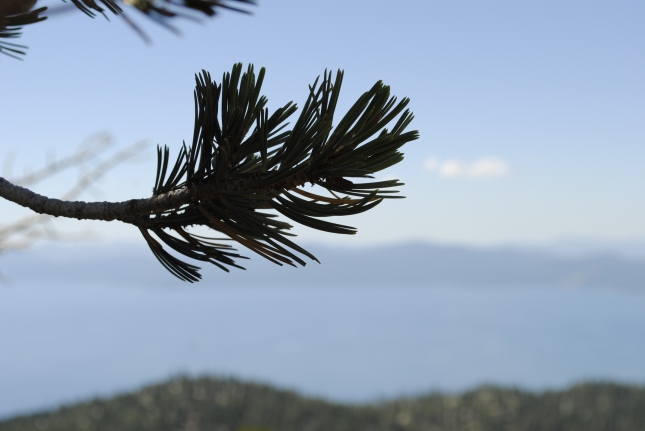 I tried to get creative. Pine needles with the mountains and Lake Tahoe in the background.

Here’s another fun one I took. 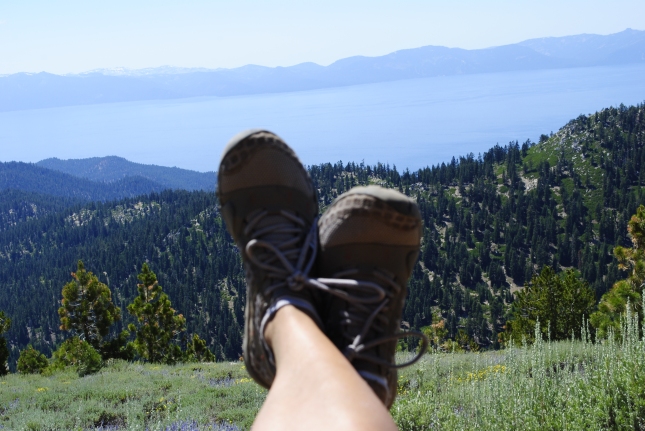 This was just after we turned around and started heading back down the trail.  Down was much faster than up as on the not-so steep parks going down, we jogged.  I’m not used to running with a Camelbak and it ended up rubbing a bit on my shoulders.  I also had a ton of sand and dirt in my shoes.  The soles of my feet were well exfoliated by the time we got down the trail.  I admit to not wanting to run on the uphill parts of the trail on the way back.  My hip flexors were yelling at me, but my feet felt great.  I could feel my knees from the pounding of going downhill and also my right ankle (which just means I need to roll my calf more regularly).  It was nice to get close to the of the trail and be able to hear the cars on the freeway.  It meant we were almost back.  I was hot, dirty, and tired.  But it was a great hike.  It makes me think we need to get out there more often and appreciate the beauty that surrounds us.

My picture taking ability with my phone is not the greatest when there’s more than one person in the picture.  Heh.  My goal was to get both of us in the picture with the map behind us.  I guess if you look closely you can see the trail.  T is a bit dirty as he and a fluffy section of dirt met at a rapid rate.  Luckily it wasn’t the part of the trail covered in granite.

We got back to the truck, brushed off a bit, and loaded up.  We drove the 20 minutes to my parents’ condo at Incline where we spent the night.  The humorous part? Since the condo isn’t used consistently, my parents turn off the hot water heater unless someone is going to be using it.  We both desperately wanted to get the layer of filth off of us but we had to wait…unless we wanted an ice cold shower.  We sat on the balcony and took off our shoes.

They held up awesome on the trail.  I was a bit nervous about running on the granite rocks in parts because they had some sand/dirt on them.  In my normal running road shoes, I would have slipped in certain places.  With these? No slipping.  I wore socks with them because I was still getting over the blister I got when I wore them the first time, but the band-aid had essentially fallen off by the time we got back to the condo.  I think these will be perfect for Tough Mudder. 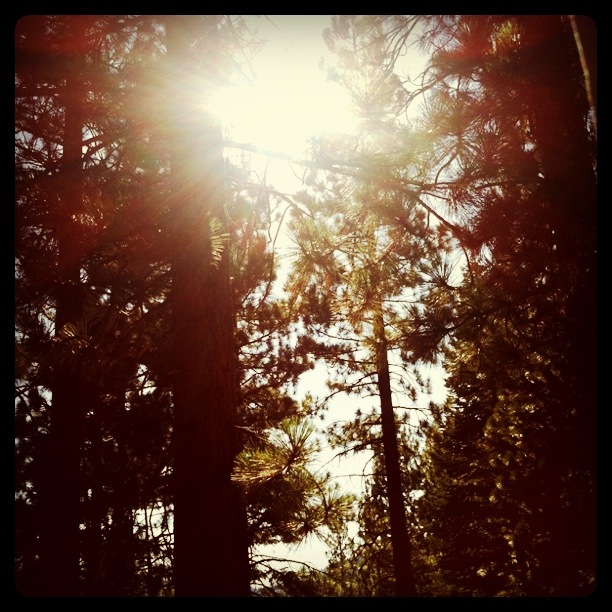 This was taken off the balcony as the sun started to set.  I really love where I live.  I’m a lucky girl for so many reasons.  This is just one of them.

Posted by girlsworld on August 21, 2011 in running